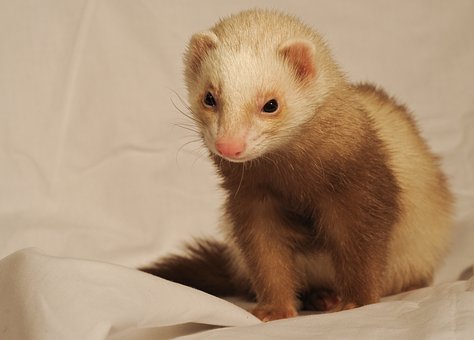 Familiarising with your pet and identifying with his needs and wants is the most important job at hand for you, once you bring it home. Despite the fact that you expect it to be very much a part of your extended family, it will have its individual needs and wants which you would need to cater to. It is similar to playing mother to an unknown child and nurturing him in every way till he grows up. The ferret is one such pet which demands a whole lot of your time and attention to for a healthy upbringing. Getting to know a couple of’ facts, about their origin and characteristics, can really prove useful to understand them better.

The average length of a male ferret is about 45-60cms and it weighs about 2.5 kgs. Each ferret has a distinct unique colour and their average life span ranges from 8-10 years. They partner mostly in the spring and summer seasons and the pregnancy duration is about 42 days. They generally give birth to 6-10 babies at one time. A fully grown ferret is about 4 weeks old. Ferrets are predominantly short sighted and their hearing is also not impeccable. But they have ultra sensitive whiskers and have a very strong sense of smell. They are agile climbers and diggers, but jumping isn’t their forte.

Ferrets belong to the household of weasel type of creatures of which the weasel and the polecat is also a part of. They are essentially predators, rather than rodents like they’re made out to be. Domesticating ferrets is a really old practice, originally started off from the Romans. They’ve been pets for a fairly long era and a domestic ferret can never adapt to conditions in the wild. He will surely perish, if released abruptly. Consequently, if a ferret becomes unwarranted, it must compulsorily be routed to ferret houses for shelter.

One very important aspect of ferrets’ facts is their behaviour. They are engaging, lively, curious, lively and fastidious animals which make great pets.